You are here: Home / News / VOLKSWAGEN NUMBER ONE IN FEBRUARY

Golf was biggest selling model so far in 2014 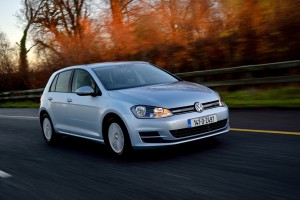 According to figures from the Society of the Irish Motor Industry (SIMI), Volkswagen registered 1629 units, claiming almost 13% (12.77%) of the market which represented growth of over 20% (20.6%) year on year. This places Volkswagen at the top of the leader board ahead of Toyota in second place and Ford in third.

The Volkswagen Golf was also the top-selling model in February, representing about 4.8% of all sales.

Commenting on the figures, Volkswagen Ireland Head of Marketing Paul O’Sullivan said, “We are delighted with the results for February and throughout the year so far. We’ve seen huge growth compared to the same period last year and we look forward to continuing this success over the following months and into the 142 plate. The Golf continues to hold its position as Ireland’s favorite car and with our strong product line up and finance from Volkswagen Bank we are confident of the year ahead.”